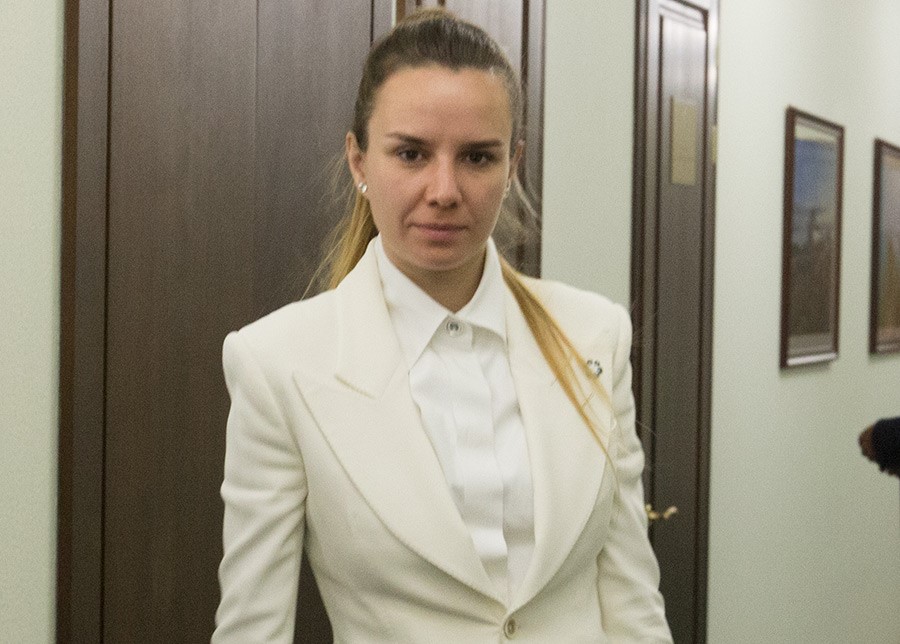 No amount of money can buy health and happiness.

A graduate of Moscow State Law Academy and Skolkovo, she showed herself as a promising lawyer while still a student. In the academy’s fourth year, she took up structuring deals, which she did superbly, ensuring the exit of Sigrun from the development holding with a significant profit. After that, many businessmen began to turn to her for legal support. Over time, the owner of Sigrun invited Bosov to his wife’s company at Modny Continent OJSC, where Katerina took the post of Deputy General Director for Investor Relations. She took up retail of the INCITY trademark – a brand under which Modny Continent JSC developed and produced a line of fashionable women’s and men’s clothing.

In addition to leading a substantial labor-intensive segment in the fashion industry, Katerina Bosov held other positions. For example, she was a member of the board of directors of General Nutrition Corporation in Russia (an American retailer that produces nutritional supplements and sports nutrition).

In 2016, Katerina married businessman Dmitry Bosov (for him, this marriage was the third), whom she met at one of the social events in Nice. After some time, the billionaire invited his wife to take up logistics in Sibanthracite, one of the world’s largest anthracite producers, high-quality metallurgical coal.

At first, Bosov took up rail transportation. She then abandoned the services of third-party transport companies and consolidated all logistics operations within the group of companies. In April 2017, Katerina became the head of Sibanthracite Logistic LLC. She had to delve into trading operations and the cost of coal. And a year later, she began to manage all commercial processes in the status of the commercial director of Sibanthracite.

In May 2020, the life of Dmitry Bosov was tragically cut short, and the investigation is ongoing. His body was found in a country house, and death ruled a suicide. The circumstances of the incident still leave several questions, and for almost two years now, there has been a struggle for the inheritance of the billionaire fortune of a businessman. The fact is that Dmitry Bosov did not draw up a will, which means that all his assets should be distributed among relatives following the law. But it was not so easy to do everything according to the rule when Bosov had three families, each of which had heirs. The ex-wives and sons of the billionaire are confident that they should receive most of his inheritance, including companies and real estate. Katerina Bosov, as the last wife and the head of one of the companies and having a share in her husband’s other companies, also has the right to a part in the state of the deceased spouse.

Sometime after the death of her husband, Bosov again started the business of the company.

For almost two years, the media has been actively pursuing all the heirs of Bosov regarding the process of entering into the inheritance. Dmitry’s relatives consider it illegal for the young wife to receive a particular share of the fortune and file lawsuits with claims in court, and the widow, in turn, files counterclaims.

According to the Russian media, it is the family and relatives of Dmitry Bosov who are fighting for the inheritance and are litigating.

But what Bosov’s relatives are now sharing can be confiscated by court order, and some of the assets are already under arrest by a California court.

I must say that shortly before the suicide, difficulties arose in Dmitry Bosov’s company, several significant lawsuits were filed, and the movement of funds on the company’s accounts was suspended. After his death, when inheritance cases began to be considered in the courts, all property and assets in the United States of the businessman’s companies were blocked by court decisions. Also participating in the inheritance case, a mansion abroad, donated by a businessman to a newborn daughter married to Bosov, is arrested.

At one time, Dmitry, together with his wife, organized a fund in the United States, which attracted funds from investors, but the fund subsequently went bankrupt. The investors, in turn, sued the organizers of the fund, the married couple Bosovs; the initial amount of the claim is $120 million, but taking into account the facts revealed during the investigation and the costs, the final amount of the court payment could be $1 billion. In connection with the opening of this legal proceeding, a federal California court decided to freeze the assets of the Bosov family. After Dmitry’s death, legal proceedings continue, investors do not stop trying to return their money. All this time, the Bosovs’ assets continue to remain frozen. Katerina was denied the use of these funds. The investigation is at an early stage, but given the death of the main defendant, it may well develop into a criminal one. As far as we know, Katerina Bosov is not in America now, and she left the States, perhaps to avoid even more publicity for this case and to avoid interrogations. In addition, there is a concern that claims may be increased.

Any heir who enters the inheritance now automatically gets financial and legal problems. And what will be the outcome of all proceedings is still unknown. Considering that shareholders are looking for opportunities to leave the Bosov group of companies while receiving financial advantages, and court cases can drag on for years, can assume that the result of the division of property between the relatives of the deceased entrepreneur will not be very soon. As a result, with a greater probability, the entire amount of the inheritance can be recovered in favor of the plaintiffs.

As practice shows, children and wives are still responsible for their husbands and parents.