Skip to content
BBC247 > Entertainment News > The Artist – Patrick Caulfield, all you need to know 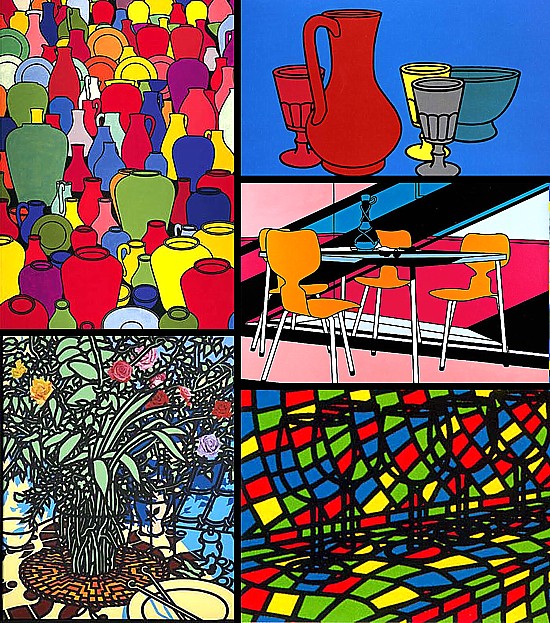 Patrick Caulfield was an English painter and printer who was linked with the Pop Art movement and was noted for his bright, graphic imagery. His paintings are distinguished by flat planes of colour and cartoonish black edges, creating an unpleasant uncertainty between the real and the illusionary, using allusions to Photorealism.

The life of Patrick Caulfield

He was born in Acton, England, on January 29, 1936, and attended Chelsea School of Art and the Royal College of Art, where he studied alongside David Hockney and Allen Jones. In 1964, he was one of the artists included in the Whitechapel Gallery’s “New Generation” exhibition, and the following year, he was one of four artists selected to represent Britain at the Paris Biennale, where he received the Prix des Jeanes Artistes. For his breakthrough solo display “The Artist’s Eye,” he was nominated for the coveted Turner Prize in 1987. Caulfield also earned the Jerwood Painting Prize in 1995 and the Order of the British Empire in 1996, as well as a major exhibition at the Hayward Gallery in London in 1999. He died in London, United Kingdom, on September 29, 2005.

What made the paintings of Patrick Caulfield unique?

With their vivid colour and commonplace everyday items defined in strong contours, Patrick Caulfield’s instantly recognizable paintings and prints appear deceptively easy. With his clean lines, smooth paint surfaces, and stylized images, he had a unique capacity to produce artworks that looked to have come completely formed.

Of course, the truth is seldom so clear. Complex concepts, sketches, and studies lie behind the visual economy of Caulfield’s paintings and prints. These sketches were shown alongside his humorous and iconic paintings in our 2009 exhibition Patrick Caulfield: Between the Lines, which provided a fascinating glimpse into the artist’s working techniques and the evolution of his ideas.

Caulfield (1936–2005) was born in London and studied at the Chelsea School of Art under Jack Smith (1956–60) and the Royal College of Art in the same year as David Hockney and R.B. Kitaj. He rose to popularity in 1964, when he was featured in the now-legendary Whitechapel Gallery’s “New Generation” show. With artists including Derek Boshier, David Hockney, Allen Jones, Peter Phillips, and Bridget Riley, this show was viewed as heralding the advent of British Pop Art.

Caulfield, while being a member of the 1960s Pop Art age by necessity, liked to think of himself as a “formal artist,” and while his early works’ use of commercial gloss house-paint may be viewed as comparable to Pop Art methods, that is where the connection ends.

Starting to get engaged with art

London Art Gallery – ShaperoModern told us that Caulfield was interested in what he termed “the shock of the familiar” and reinvigorating old art genres such as landscape, still-life, and the domestic interior, but avoiding overtly modern images. Three of the four works Caulfield showed in the ‘New Generation’ show, which were reunited in our 2009 exhibition, indicate similar concerns: ‘Landscape with Birds ‘(1963), ‘Still Life with Necklace ‘(1964), and ‘Portrait of Juan Gris‘ (1963).

The preliminary sketches for the Picture of Juan Gris show that the painting began as a portrait of Paul Cézanne but evolved into a portrait of the Spanish Cubist artist, whom Caulfield loved greatly. He based the head on a portrait of Gris taken by Man Ray in 1922 that he had seen in a MOMA catalogue and painted him in bright yellow and blue housepaint to convey an optimistic image rather than the artist’s surname’s ‘Rey’.

Working as an experienced artist

It’s an uncommon portrait in Caulfield’s work because his interiors are generally devoid of people, yet their presence is never far away. They’re like stage sets with the bare minimum of props, stripped down to the basics of the action to give the mood that the audience needs to mentally engage the drama. Perhaps for this reason, he was commissioned to design the set and costumes for Michael Corder’s Party Game, which premiered at the Royal Opera House in 1984, and the set and costumes for the Royal Ballet’s new production of Frederick Ashton’s Rhapsody, which premiered in 1995.

Caulfield used acrylic paint on canvas nearly entirely from the early 1970s. He would meticulously arrange his intricate paintings of interiors with black lines on flat colored backgrounds in preparation, sometimes even copying the entire composition from a full-scale felt-tip pen sketch on polythene.

Later paintings by Caulfield did away with the strong outlines entirely. “A basic explanation of the way I’ve worked at is to state that after painting and drawing in a linear, shadowless manner, I progressively abandoned the linear structure and began to rely much more on light and shade, which is maybe a more sculptural interpretation of my visual world,” he wrote.

The impression of depth generated by his representation of deep, raking shadows, as well as the disturbing interaction between artifice and reality: photo-realist elements inside otherwise completely abstract works, contribute to the mood of late paintings such as Reserved Table (2000) and Terrace (2002).

Reserved Table was a clever reaction to a seventeenth-century Dutch still-life in the National Gallery by Willem Kalf, titled Still Life with the Drinking-Horn of the Saint Sebastian Archers ‘Guild, Lobster and Glasses (c.1653). The wonderfully drawn lobster may no longer symbolize a luxury commodity when removed from its typical surroundings, yet it seems no less exotic in Caulfield’s purposely drab restaurant. Caulfield gives just enough visual information to generate a perceptible feeling of mood, leaving it up to the viewer’s imagination to fill in the details: a type of psychological play in paint.

Caulfield’s prints are astonishingly complimentary to his paintings, despite the fact that printmaking was never a secondary endeavour for him. Ruins (1964), his first of many screen-prints, was made at the Kelpra Studio in London.

Caulfield collaborated closely with printer Chris Prater on a full-color study on board, which Prater used to make stencils for the screens. Coloured Still Life (1967) was one of these studies, as were Lamp with Pines (1975) and Terracotta Vase (1975), both of which had pencil notes in between the characteristic strong outlines.