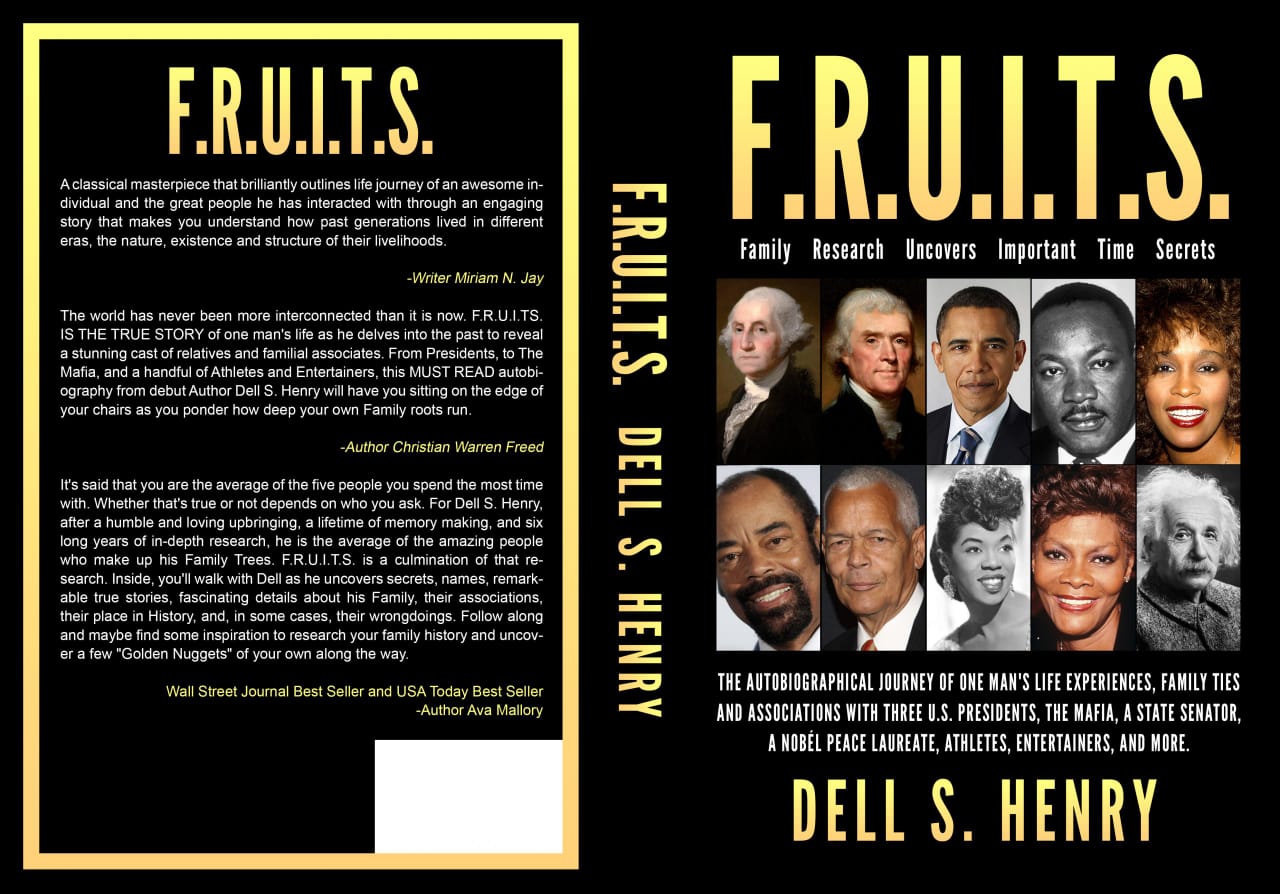 “Writer Dell S. Henry was born in East Orange, New Jersey, in the 1950s. Dell completed his studies at Rutgers University in the year 1979. He spent a life full of wonderful and amazing involvements. Having an extensive interest in arts, sports, music and have great taste in all. Henry is assumed the life of room due to his wit and intelligence. Taking the cue from his love of literature and dedication towards research, he decided to publish the book. The author spent more than a half-decade researching his family history and twinned it with his own experiences. He assembled the scenes from his journey into an awe-inspiring narrative. The book, classified into 32 sections, is engaging and leaves an imprint on the reader’s mind. F.R.U.I.T.S. stands for and is based upon Family Research Uncovers Importance Time Secrets. The book unveils some witty, some wonderful, and in other instances astounding accounts of closed-room and secret meetings.” Rob Colten initiated the press release with the introduction of the book author.

He further added: “Mr. Henry merged the revelations of notables of America along with the amusing happenings of his life. The book mainly includes accounts of Three Presidents, a Senator, a Nobel Peace Laureate, Athletes, Entertainers,and The Mafia. It is a treat for lovers of historical literature. F.R.U.I.T.S. is actually an inspiring autobiography. The narrative is engaging and captivating, which fetches the attention of readers. It is filled with important occasions as well as surprising occurrences having the capacity to baffle the reader. The author has written it with a thoughtful approach. It is impressive and recounts significant details of the past. The book emphasizes unraveling a fascinating journey of a human being. The book holds a powerful narrative and unravels the mystery of history. It is a knowledgeable compilation, nothing less than a literary collection packed with solid revelations. It entertains bookworms with an ideal lifestyle dotted with amusing details of an influential life.”

The Executive Brand Development of Redroots Digital Marketing stated, “One cannot deny the importance of books, because even in the century of technology, the public often gets fooled with wrong information & theories on the internet. It is where a proofread, and referenced work gets people the reliability of material supported by evidence. Author Dell S. Henry has combined his work with images from his personal collection, which bibliophiles will find noteworthy. The book also discusses mind-blowing as well as mind-boggling events insightful for readers.” On the launch of the book, he mentioned: “Mr. Henry spent years to come up with a 100% authentic, well-researched and well-articulated literary piece that seeks the attention of readers. When the author, along with the publishing team, shared the launch of the book, we witnessed a noticeable interest in people which made him even more satisfied.”

” Talking about how the book is useful for academics pursuing History, American Studies, and others, he enlightened the public on the demand of the subject: “The world is treated like one unit now. We call ourselves global citizens. Unlike ancient times, an issue is not limited to its geographical limits. Boundaries get invisible when major decisions are made by notables of the world. Undoubtfully U.S is one such place. Similarly, we see rising demand in humankind universally to figure out who dictates their lives and lifestyle. Journalism and communication science aren’t confined to rote learnings of the previous era. Dell S. Henry’s book allows readers that sneak peek. This piece of literature is valuable for learners of history, philosophy, political science, media, and more.”