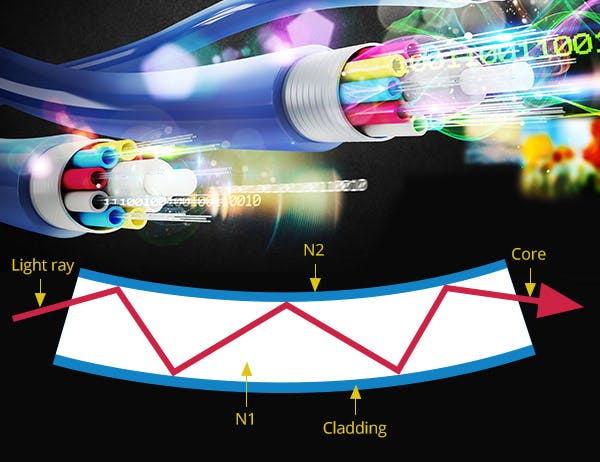 The e broadband is emerging at a time when the revolutionary potential of the Internet has not yet been fully exploited. The Internet is already driving many new applications – web browsing, instant messaging, file sharing, e-commerce and email. With the emergence of broadband and its faster permanent connections, the integration of Internet technologies into everyday life is accelerating.

As Tim Kelly, Head of the ITU Strategies and Policies Unit, says, the business boom can be explained by the hopes placed on the Internet, which were expected to open up a large market for e-commerce, on-demand content and online applications. The advent of broadband, which offers higher speed and an improved platform for the development of content services, brings us closer to this goal. In other words, the reality is finally starting to match what all the hype promised.

The development of broadband content and applications requires not only a large bandwidth and a suitable technological infrastructure, but also an appropriate strategy and an adequate environment which are respectively conducive to the evolution of services and the creation of new content. The variety and quality of specialized applications – for example, entertainment programs and online educational programs – will increase with broadband, as will its impacts, simply because of the proliferation of digital products, particularly in intellectual property and security. The “MS Blast” worm is an example that illustrates how permanent broadband connections make computers more vulnerable to break-ins.

E-mail and its mobile counterpart, messaging, are applications that do not consume a lot of bandwidth, even if more bandwidth improves these services by offering them the possibility, first, of permanent communications and , second, exchange of larger attachments. Broadband not only stimulates the basic and most useful applications that are already on offer; one of the main reasons why individuals opt for broadband is simply to be able to navigate the web more easily and with speed, TIME Fibre is one of the most prominent providers in Malaysia. Thanks to the increased speed, users can also access certain types of content and download images and software; broadband reduces the duration of operations and, without a high speed connection, it is simply not possible to consider transferring certain large files, software versions or audio / video files. Broadband finally has a direct impact on traditional telephone services.

The provision of voice services over multi-purpose data networks, such as IP networks, has for some time been an alternative to traditional telephony and their low cost makes it a highly sought after product in certain markets. It costs less for several reasons: first, by calling over a telephone connection or a permanent broadband connection, you pay a flat rate and thus avoid the per-minute billing specific to the conventional public switched network (PSTN); second, you can make a long distance or international call at the cost of a simple local call to an Internet service provider (ISP) by bypassing the telephone network operator. In North America for example.

Even yesterday, the main obstacle to the growth of VoIP service was not necessarily insufficient bandwidth, but rather the integration of a network-based telephone service with devices and calling services ( launching of calls, pending calls, caller ID and voice mail adapted); today these functions are present, although transparently, in any VoIP service accessible from a traditional telephone. As for telephone quality, VoIP service is on par with traditional fixed telephony.

Vonage’s subscribers in the United States, for example, can benefit from an unlimited number of calls throughout the country and in Canada via their broadband connection, for a flat rate of USD 39.99 per month. Vonage and Yahoo BB! Promote their services. Such commercial actions should help convince users that broadband can be much more profitable than they think. For example, at the “Ann Arundel” hospital in Maryland (USA), patients who need an additional dose of medication or an additional ration can request it directly through the Wi- Fi (wireless loyalty) from the hospital. The push button bells of the past have been modified and now allow direct calls to the cordless hands of the nursing staff, wherever it is in the building. We could go so far as to say that thanks to broadband telephony, any device (PC, laptop, desktop computer or medical console) can be transformed into a telephone communication device.